WOW…..WOW…..WOW…… If you missed the Full Pull Productions and USA East Finals at Weakland’s over the weekend then you missed one of the best finals ever with 7 Champions Crowned.   Beautiful weather greeted us in the mountains over the weekend with a capacity crowd on hand both nights. Thanks to Amanda & Mike Weakland for putting this great event together to support Make A Wish. At least Five wishes were granted with the official numbers to come in soon.

Friday night saw eight classes and over 90 vehicles hooked to the Decision Maker Sled operated by Logan Thomas. The night started out as we crowned the champion of the Triple Crown Gas 4×4 Trucks. This year just like last came down to the last event for the championship between the Chevy of David Ellenberger and the Ford of Kevin Nemeth.  Once again this year Kevin was able to pull off the Championship by just 2 points at the last event. The Pro Street Semis, the newest division of semi pulling, with Full Pull Productions also saw it come down to the last event as Bob Lautanen and Jim August were tied coming into the night. As the dust settled it was Bob Lautanen both winning the event and the Championship. The Limited Pro Super Farm Tractor class saw a field of all Limited Pros as 4 of the top running regular Super Farms broke at the Pine Lakes Ohio Event a couple of weeks ago.  One of the hardest things to do in pulling is winning at your home track and that is exactly what Mike Weakland did on Friday Night.  Mike was 2nd hook in the class and laid down a perfect pass of 346ft to take the hometown track win.  Second place was the points leader of Devin Riggin.  The Run What YA Brung class saw 14 of the best in the eastern US attending. Winning on Friday night was one of the best in the country. The Rock Hard Ram of Van Haisley took the win with a distance of 352ft followed by Todd Custer in Coal Mine Express, and Jeremy Yeager in Pipe Dream.  Ten of the Limited Pro 3.0 Trucks were on hand for the event. Charlie Reckart in his Ain’t Cheating Yet Dodge won the Friday night event by just one tenth of an inch. Other classes on tap were the up and coming open street diesel class with 23 trucks entered. Mike Parunish came out the victor with his Bone Stock Dodge truck.

Saturday night was the biggest of the nights as Five Champions were crowned.  The event started off again with the Open Street Diesel Truck Class where Mike Parunish once again took the win to start off the event. Second class was the Hot Farm division with just 4 points separating the first place tractor of Brian McConnell and second place tractor of Aaron Smith. The winner of the class was Kent Way however the championship ended up going to the IH called Milk Mans Mojo of Brian McConnell.  The limited Pro 3.0 trucks saw the lady driver, Jennifer Pushlar, take the win for the night and Charlie Reckart once again taking the Championship in 2022.  Devin Riggin wasn’t having it when he got beat by Mike Weakland on Friday night and came out with his tractor wicked up to lay down a perfect pass at 317ft to win Saturday night and the 2022 Championship. The Run What Ya Brung class saw Jeremy Yeager and the Pipe Dreams Chevy take the win with a 36 mph pass at 351 ft.  The Championship went to the man to beat in 2022, Mike Hearn and the Bad Attitude Dodge. The last Championship of the night was for the Triple Crown Diesel trucks and was another close race between Jeremy Gahr and Robert Pangallo. In the end it was Jeremy that came out as the 2022 points champion.

It was a long hard fought year with many miles and many events on the schedule.  Congratulations to all the 2022 Champions on a great season.  The crowning of the 2022 Champions will take place at the annual banquet on November 12th at the Pepsi Cola Roadhouse in Burgettstown. All of us at Full Pull Productions would like to thank everyone for your support in 2022 and we look forward to 2023. 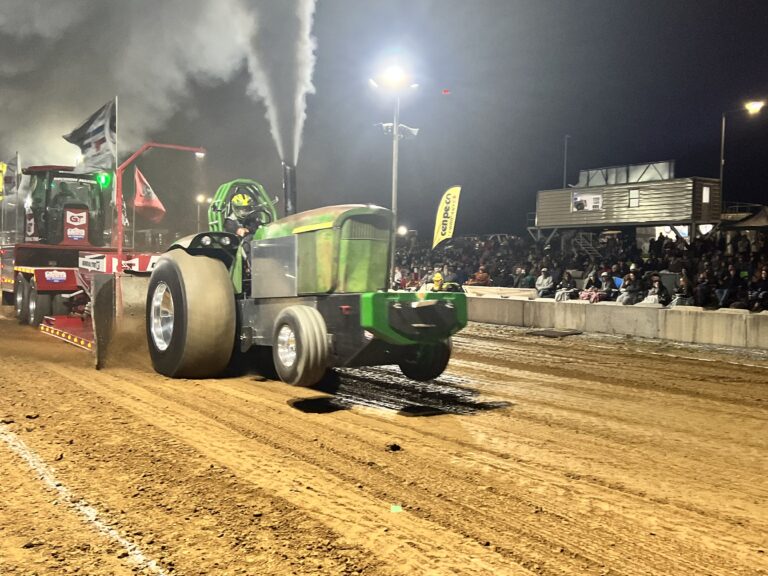 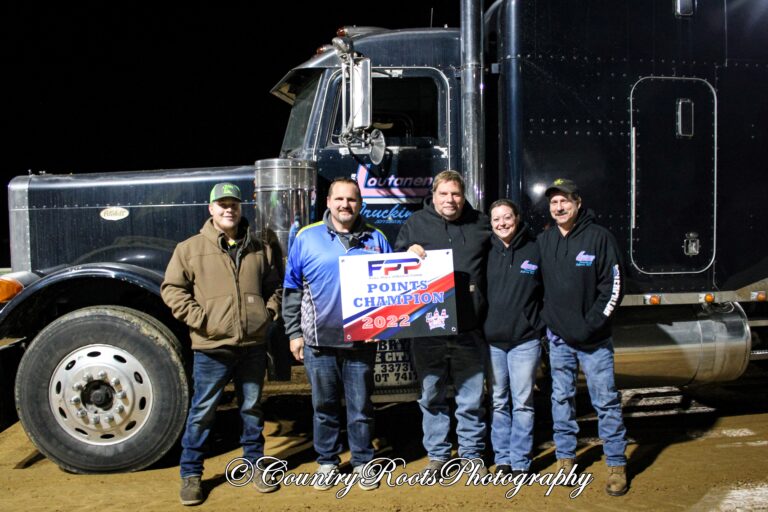 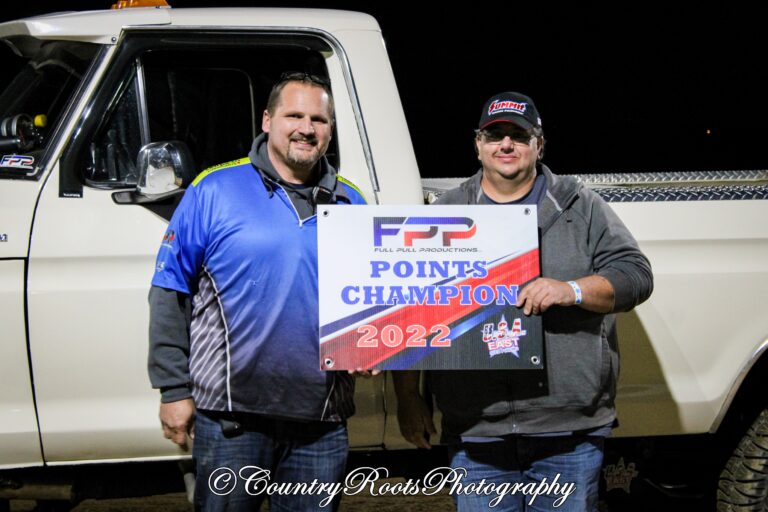 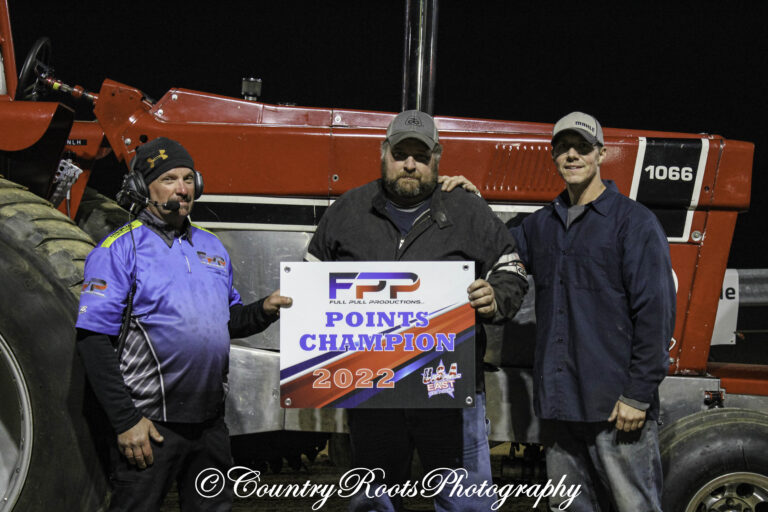 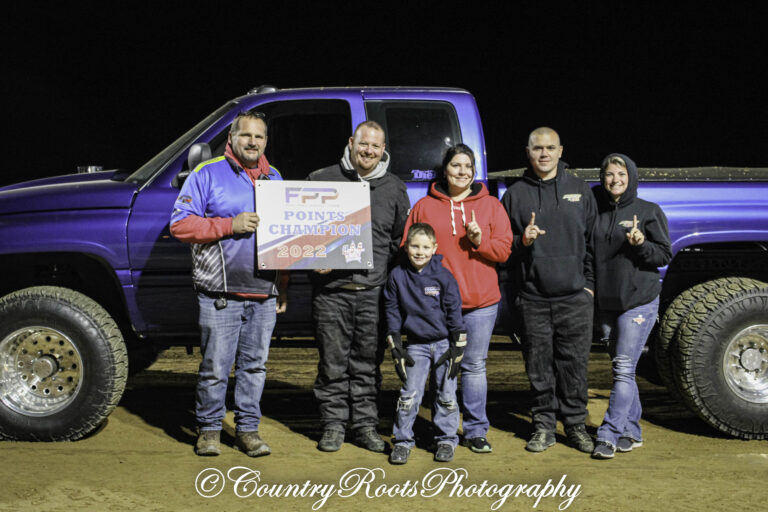 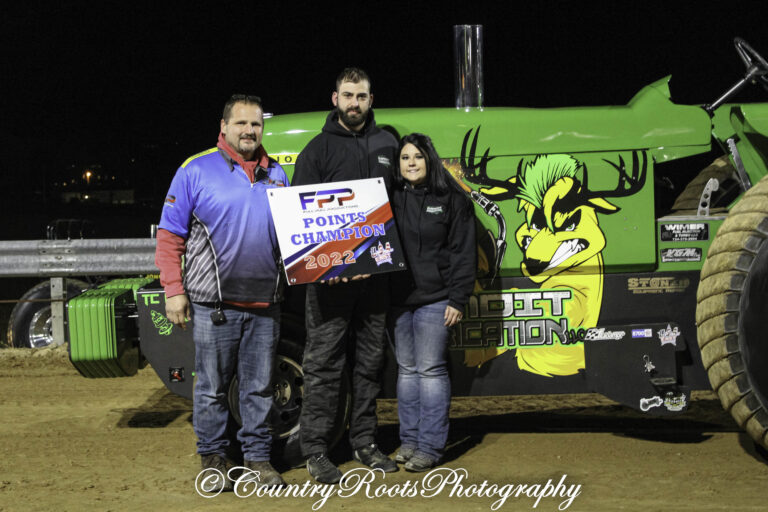 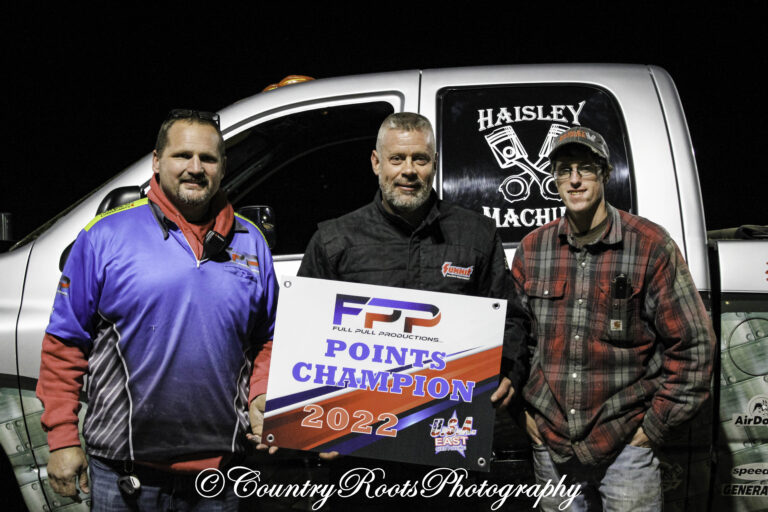