The major sponsor of the BIG RIGS PULLING SERIES and of Full Pull Productions has been the Central Petroleum Company of Cleveland, Ohio. Cen-Pe-Co Lubricants has provided much-needed sponsorship capital that has allowed for extended point fund pay-outs and contingency payments to pullers that compete with the Big Rigs Series.

In 2014, MAC Trailer Manufacturing of Alliance and Salem, Ohio joined with the Big Rigs Series as a corporate sponsor. Mac Trailer is respected as the nation’s foremost manufacturer of steel and aluminum dump trailers, transfer trailers, flatbed trailers, drop deck trailers, pneumatic tank trailers, and straight truck bodies; with comprehensive support for wreck, repair and service, used and leased trailers and aftermarket trailer parts. MAC Trailer can count many of the Big Rig competitors as clients of the Ohio based industry. 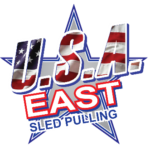 Starting in 2006 the Big Rigs Series was revamped into a super-regional pulling series. The Big Rigs Pulling Series fell under the sanctioning blanket of the USA-EAST Sled Pulling body. This sanctioning body is owned and operated by Full Pull Productions, Inc. as an “in house” entity for the production of tractor and truck pulling events.

For five straight years from 2006 through 2010, a Mack powered semi-truck captured the Big Rigs championship. Dave Frantz from Marion, Pennsylvania, and the Antrim Diesel built “Thunder Dog” took the 2006 crown, and Dick Bonner from Mantua, Ohio captured the championship in 2007 with “Killer”. The next two seasons saw the powerful Sanders’ Pulling Team from Ravenna, Ohio take back-to-back championships as Richard Scott pushed his “Silver Bullet” to the top and team owner Fred Sanders turned the table to take the 2009 championship with the other “Silver Bullet” Mack. And in 2010, Kendra Rodgers from Philo, Ohio moved her “Unleashed” Mack to the front of the pack.

This five-year cycle marked a significant directional change in the sport after Cummins-powered trucks had grabbed the Big Rigs crown in each season from 2001 to 2005. It is also remarkable that there were no back-to-back repeat champions during that period of time. The Big Rigs Pulling Series went ten straight years without a repeat champion!

But the Mack domination changed in 2011 when Joe Giulitto emerged as the champion with his beautiful Peterbilt that was powered by a CAT 3406 engine. Giulitto’s “Sneeky Pete” Big Rig was the first Caterpillar powered winner in the history of the series.

Richard Scott returned to the winner’s circle as the first repeat champion in 2012 with “Silver Bullet I” – the Mack with V-8 Mack power. Scott put Mack back on the top and realized his dream of becoming a repeat champion in the series. Scott is the crew chief for the powerful Sanders’ Excavating pulling team from Ravenna, Ohio.

In 2013, Scott won again with the “Silver Bullet II” to bring the Mack brand back to the championship. The 2013 season also marked the introduction of a third truck for the Sanders’ Team – a CAT powered Mack that was named “Cat Scratch Fever” and that truck finished as the runner-up in the point race.
2014 brought another new truck to the series as ‘Cat Scratch Fever” from the Sanders’ Pulling Team took the championship. Justin Fredo from Salem, Ohio was the driver for the CAT powered Mack semi-truck. The truck took a very narrow six-point win over former champion “Silver Bullet II” in the series.
Richard Scott became the most proficient of all Big Rigs Champions in 2015 when he once again powered his “Silver Bullet II” to the championship crown. Scott’s Mack V-8 won almost every event through the first half of the season and then just helped on when former PA POSSE Champ Jerry Ray Hairhoger from Pennsylvania just missed the top spot with his Pete named “Senseless”.

In 2016 it was time for another former champion to come to the top of the series as Joe Giulitto from Ravenna, Ohio had a perfect season to get “Sneeky Pete” the crown. The truck was previously the champion for the first time in 2011. This truck sports a very stout single turbocharged C-15 CAT for power.

The year 2017 brought a newcomer to the top of the Big Rigs as Jerry Hairhoger from New Galilee, Pennsylvania took the crown with “Jerry-Atricks”. This 1973 Kenworth with C-15 CAT power had moved up through the ranks from the street licensed division to the PA POSSE class. The truck had won two PA POSSE crowns while the truck sported a 1150 cubic inch Cummins for power. But when the move to the Big Rigs came about the owner moved to CAT power and was highly successful.

2018 brought ‘Back-to-Back’ championships to the Hairhoger Pulling Team from Lawrence County Pennsylvania as “Jerry-Atricks” became the first ‘Back-to-Back” champion since Richard Scott and “Silver Bullet II” pulled the trick in 2012-13. Hairhoger is a very popular champion and indicated that he will go after a three-peat in the next season.

The Big Rigs Pulling Series is the oldest series of events in the United States that is dedicated to the over-the-road semi-trucks. Full Pull Productions, Inc. was incorporated in 1987 by Richard (Rick) Feicht and has become the largest producer and promoter of sanctioned tractor and truck pulling events in the eastern United States. Aimee Love is the President and CEO of the corporation while the Vice President and Director of Operations is Richard Love.